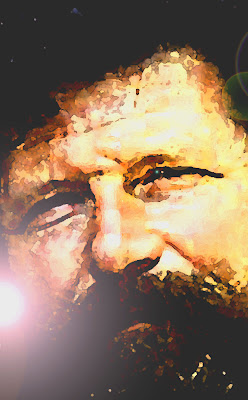 A man killed his wife.

This is a short story at its most basic level: a beginning and an end but no real resolution. However, there is a conflict, but it's not overt and, therefore, must be inferred. We also don't know why the man killed his wife; we know he must have had some kind of reason, but we don't know what has driven him to this point. He could simply be crazy, or maybe he is a sane man who caught his wife having an affair and committed the murder in a fit of passion.

A man who killed his wife was executed.

This version has a beginning and an end, but the conflict has shifted toward the man's execution and away from the actual crime. We still don't know why the man killed his wife, but we can infer that it was a premeditated murder (in the U.S., it is rare for a killer to be executed for committing a crime of passion--a murder committed in the heat of the moment, that is).

A man carefully planned his wife's murder and coldly carried out the murder. He was convicted and sentenced to death. He was executed.

As the reader becomes more knowledgeable of the husband's cold-hearted act, we feel less sympathy toward him. We still don't know why he killed his wife, but we can infer that by planning the murder, he could not claim extenuating circumstances. We also have a small glimpse into the man's character, which strikes us as cold and calculating.

Bill, her husband, was afraid Mary would claim half of his business, so he planned her death down to the minutest detail and then murdered her in cold blood.

He was convicted and sentenced to death.

Aha! We now have motive: MONEY! The man’s reason for killing his wife strikes the reader as incredibly superficial and (excuse the pun) overkill. This version also shows another facet of his character: a normal person would find this man repulsive.

In this and the previous three versions, Bill is what we call a "stock" or "static" character. He is pure evil, and, therefore, the reader can sympathize with the judge and jury who convicted him to death--another day, another execution. Ho-hum.

Bill, her husband, was afraid Mary would claim half of his business, so he planned to kill her.

To buy time, he convinced her that they should try to work out their marital problems, but he knew it was hopeless.

He waited for the right moment to carry out his plan: their silver wedding anniversary.

He arranged for a cruise to Costa Rica and begged her for this one last trip. “After all, we have a long history together," he said. “Shouldn’t we at least give our marriage at least one more try?”

On the last night of a very stressful journey, filled with recriminations, accusations, and, finally, resignation, Bill led Mary out on the deck for a toast. It was four in the morning.

“One last hurrah before going our separate ways.”

She smiled, perhaps thinking of that other man back home.

They raised their champagne glasses.

“Here’s to 25 years of hell!” he said, tossing his glass into the sea and pushing her back.

Mary fell away, smashing hard against the rail.

Bill grabbed her ankles, yanked up, and flipped her overboard.

He ignored his wife’s screams for help.

An investigation was conducted.

*
Over the years, guilt overwhelmed Bill; he could not eat and he had nightmares involving water and not being able to catch his breath. He suffered chronic heart problems.

After he started drinking to excess, his second wife Maria left him and his children (by Mary) disowned him--by this time, he was broke, having already filed for bankruptcy.

Ten years after the crime, he went to the police and confessed.

He was tried, convicted, and sentenced to death.

While waiting on death row, Bill found Jesus Christ as his personal savior.

He directed his defense attorney to stop all appeals and petitioned the court to set his execution date on the anniversary of Mary’s death.

The court granted his petition.

As a dead man walking, he said to his priest, “I am at peace, and I know I will go to heaven.”

Twenty years to the day after his crime, he was executed by lethal injection.

Whoa! What has happened here? For more than half of the story, Bill is still perceived as pure evil. But then we begin to see another facet of his personality emerge, a more complicated character.

With a few well-placed details, Bill has evolved as a more sympathetic character. The reader still abhors his act and feels that the execution is justified. But now Bill has taken the reader on another path: Bill’s sense of guilt and eventual confession. We are aware that had Bill not confessed, he would have gotten away with murder. So even though we still feel repulsed by his act, we still feel a kind of respect for him.

Having accepted his fate, he is now a dynamic and evolving character, no longer pure evil.

So how would we plot this story, using the traditional story structure?

Bill carrying out the murder.

Guilt and the realization that the money wasn’t worth the suffering he has experienced as a result of his actions and knowing that he will eventually need to confess his crime.

Bill confessing his crime to the police.

1. Who is the central character of Version 5 of “The Killer Husband”?

Bill is the central character of this story.

2. Who is the antagonist?

His wife Mary is the antagonist--she is the catalyst who sets Bill into planning and carrying out his plan. Throughout the story, although she is dead, she remains the 800-pound anchor around his neck.

To kill his wife.

4. What are his motives for wanting to kill his wife?

To keep her from getting half his wealth in a divorce settlement.

5. Where in the story is this made clear to the reader?

In the second sentence.

6. How do we learn what the central character wants?

The reader is told directly (which is often emblematic of flash fiction. If this story were to be expanded, I might use dialogue, actions, or interior thinking to reveal his desire to get rid of his wife).

7. After killing his wife, what is Bill’s source of conflict?

8. What stands in the way of him resolving his guilt?

We infer that he fears being sent to prison and ultimately executed.

9. What does his growing guilt set in motion?

10. How does Bill redeem himself?

By confessing, he has reached a turning point in his life. The reader believes his sincerity because

–-He could have gotten away with murder for the rest of his life but chooses to come clean.

–-He accepts his execution and even embraces it by appealing for it to take place on the anniversary of his wife’s murder.

–-His death row religious conversion (often considered a cliche in crime fiction) is believable because he doesn’t use it to get a lighter sentence.