Academic Writing: Summarizing and Paraphrasing a Poem--Results of the In-class Exercise from 11/23 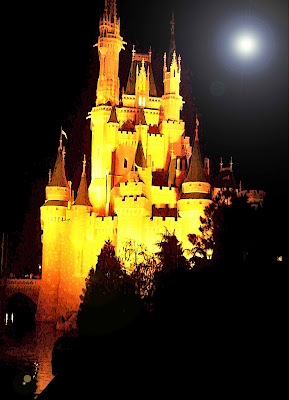 On November 23, my Academic Writing students were asked to do an in-class exercise during which they were to summarize and paraphrase--both line-by-line and prose version--a poem.

For others accessing this page: please bear in mind that this exercise was done during class in a limited amount of time.

In addition, for these students, English is a second language.

The students' summaries and paraphrases are presented in green, my notes in purple.

“Stopping By Woods on a Snowy Evening,” by Robert Frost

Whose woods these are I think I know.
His house is in the village though;
He will not see me stopping here
To watch his woods fill up with snow.

My little horse must think it queer
To stop without a farmhouse near
Between the woods and frozen lake
The darkest evening of the year.

He gives his harness bells a shake
To ask if there is some mistake.
The only other sound's the sweep
Of easy wind and downy flake.

The writer talks about a snowy dark night in the woods where he's passing through on his way to somewhere.

I think I'm familiar with this place.
But his house is not here;
And he won't see me now
while I watch the snow falling.

My horse is confused
Stopping far away from a farmhouse
In the middle of the woods and a frozen lake
In the darkest evening of the year.

He praises the woods
but he has to go
and keep his promises
before he finds a spot to sleep.

Group 1 did not finish the prose version; however, the line-by-line version is good, and this was the longest poem of the five assigned. This group started their paraphrase with the following:

This is still more of a summary than a paraphrase, but had they more time, I suspect that, after completing the prose version, they would have reworked the first sentence.

“Fire and Ice” by Robert Frost

Some say the world will end in fire,
Some say in ice.
From what I've tasted of desire
I hold with those who favour fire.
But if it had to perish twice,
I think I know enough of hate
To say that for destruction ice
Is also great
And would suffice.

The poem is about the two possible ways in which the world will end--in fire or in ice.

Some people think the world will end in fire,
others think that it will freeze over.
From the poet's experience in desire
he supports the first group.
But if the world was given a second chance,
the poet recognizes hatred as the strongest emotion
which will destroy the world with ice.
An ending that is great and sufficient.

“Yesterday is History,” by Emily Dickinson

While dwelling on the past, we lose focus on present, and when thinking about the future, past and present fly away.

2. Write a line-by-line paraphrase (to help you understand the poem better. For this poem, this may be a bit difficult, but give it your best effort).

Yesterday is already gone,
It can never come back.
As past memories leave mark on us,
So does poetry on all humanity.

We shouldn't pay attention to the past because we can't change it. What's done is done. The author compares yesterday to poetry and philosophy because they are both contemplative processes, leaving deep trails on our minds. The mysterious face of yesterday is unknown because it is gone for good, and concentrating on the future makes both past and present unexisting.

I asked a gypsy pal
To imitate an old image
And speak old wisdom.
She drew in her chin,
Made her neck and head
The top piece of a Nile obelisk
and said:
Snatch off the gag from thy mouth, child,
And be free to keep silence.
Tell no man anything for no man listens,
Yet hold thy lips ready to speak.

The poem is about the men's desire for gypsy wisdom.

He asks a gypsy friend
to depict something ancient
and utter something wise
she made a face
and imitated
the head of a Nile Obelisk
and told him
remove the cloth from your mouth boy
enjoy silence
and don't bother others 'cos they don't pay attention
but be prepared to communicate.

The poet asks his female gypsy friend to depict something ancient. To look more convincing, she imitates a Nile Obelisk and tells him to remove the piece of cloth from his mouth. He should be ready to speak, but, however, keep silent because no one pays attention.

In the second quatrain, he suggests that even the exceptional beauty fades with the years and he poses the question of who will remember this lady of exquisite beauty when he passes away.

NOTE: This is really a prose paraphrase of the poem with a bit of literary analysis.

The poem operates with the themes of beauty and transience. The first quatrain is very romantic-like in the depiction of a lady with exquisite beauty. Conversely, in the second quatrain he suggests the transience of beauty, a theme in many other poems. Finally, he ends the poem with a rhetorical question, revealing that what remains of a human life in only a rhyming couplet.

NOTE: this is really a literary analysis of the poem, which suggests that this class exercise might have been too elementary for this group and, perhaps, the entire class. 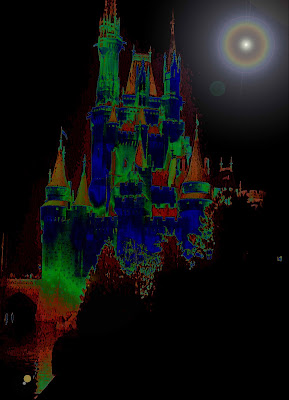