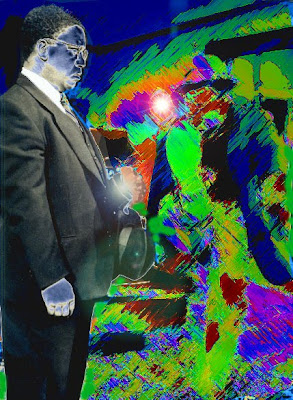 If we analyze August Wilson's play The Piano Lesson we would come to a conclusion that every character in it is a world of its own. Every character is a separate mixture of feelings and interpretations of the world around them. One could say that a character study of The Piano Lesson would also give a pretty colorful picture of the African American community in the first decades of the 20th century. The two extremes of this culture are presented in this play by the characters of Lymon, 29, and Avery, 38.

If we compare these two characters, we come to a conclusion that they are quite different and apart in society. However, one thing that binds them together is their goal--to prosper and survive in a society which is thought of as “generally white.” They try to accomplish this in different ways. 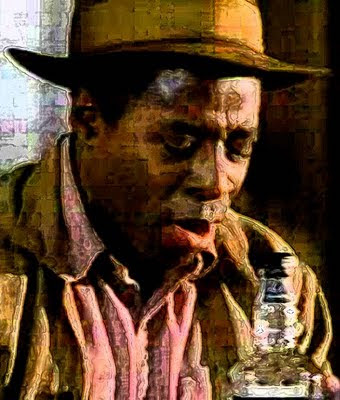 Lymon is a young man who--determined to leave the cruel treatment of the South--decides to move to Pittsburgh. From his first appearance in the play, he is presented as a quiet man who does not speak unless it is absolutely necessary. He owes some money to a man from the South, but he would not work for a white man. His dream is to move to the North, meet a nice woman (or a few) and make it on his own.

On the other hand, we have Avery, who moved to Pittsburgh some time before Lymon, and is trying to make a living out of serving the “white man.” He is running an elevator in a sky scraper, and, as Wilson puts it--he “has taken to the city like a fish to water” (826). This distinction between Lymon and Avery is important for understanding the two basic currents in African American culture, something which can be traced back as far as slavery time--the need to conform or, the opposite--to become an individual.

Avery becomes a preacher after-- as he says--“the dream about the three hobos” (824), which we might understand as trying to find an escape from the oppressed position of black people in society, whereas Lymon buys a truck and decides those who persecute him.

Another thing that puts these two characters together is the central female figure in the play. Berniece is a young widow who is raising an eleven-year old daughter. Avery is trying to convince her to marry him. This is definitely not attractive to Berniece because she can see that he is only interested in his social status--a married preacher is better than a single preacher. However, he is in love with her and is trying to take care of her and her child.

On the other hand, there is Lymon, whose quietness makes him mysterious, and his rebellious spirit makes him attractive. He [tries] to seduce Berniece, but is too busy thinking about all the women he can get in Pittsburgh for her to get him seriously.

So, although it would be reasonable to say that Avery is a better match for Berniece because he has a sober point of view and realistic ambitions and expectations from life, it would be unfair to say that he is ideal for her. From the play, we get an impression that Berniece is more attracted to Lymon than to Avery. But, [in a way], they both fail her. Lymon takes Grace out to see a movie and Avery does not have the courage to bless her house and get rid of Sutter’s ghost.

I would say that Lymon is a better match for Berniece, but her actions, as well as theirs, are strong proof that a woman like her can be independent and live on her own. So, in a modern world, Berniece would be better off alone, or at least in a search for a more suitable partner.