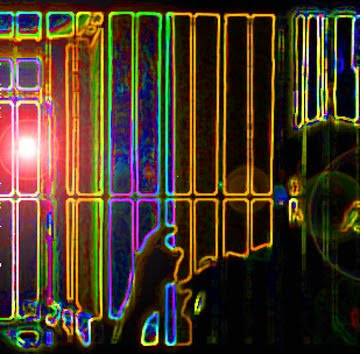 Take a real event from your life and write it in a drama format. For an example, see

A Possible Scenario at the Police Station

“A Possible Scenario at the Police Station,” an excerpt from my memoir, stretches the boundaries between non-fiction and fiction.

I took a real event from my life: a conversation between Harley D. Semple, my grandfather, and the Sioux City (Iowa) Police Matron, which resulted in my involuntary commitment to the mental institution.

I was NOT present during this conversation; I was locked in another room at the police station.

In the resulting “playlet,” I made a supposition about the conversation that transpired between these two people.

I based this short scene on an important clue that I discovered in my commitment papers: in August 2004, I was able to procure photocopies of them from the Woodbury County Court House. As I read through them, I discovered that my grandfather had originally signed the legal papers for my commitment; however, his name was crossed out and the police matron’s name was substituted.

For 35 years, I had questions about who had really signed the papers. My grandfather had denied vehemently that he was responsible, and, technically, that was the truth. However, these papers proved, beyond a doubt, that he was, indeed, responsible for my commitment; he had somehow “dodged” the technical responsibility by (possibly) convincing the police matron to sign those papers.

My grandfather signing the papers and the police matron crossing out his name and substituting her own name is verifiable. The content of my “playlet” is not verifiable.

The “how” and “why” are unknown; thus, my short drama attempts to answer those unknowns with an educated guess. The absolute truth will never be known, given that the two people involved are now dead.

Is this non-fiction? I’m saying, “Yes and no.” In any case, I have stretched the boundaries between fiction and non-fiction.

Is what I have done ethical? I think so, but I suppose that question is open to debate.

Take a situation from your own life that made you very angry. In a brainstorming piece, spew that anger on paper, censoring no emotion or vitriol. Just get it down on paper. If necessary, write it in Macedonian (you can always translate it later).

This piece will NOT be art. It will be messy, disorganized, and chaotic. But don’t worry about that—just get the rawness down on the page.

Later on—maybe even months or years from now—revisit this piece and see if an artistic and publishable piece might emerge from this.

Even if you write this piece, you don’t have to share it with me.

I have sent to you (but have not posted and will not post) a brainstorming piece about the room situation that we experienced last class. At this point, I would not want to share this piece with a wider audience, given my visitor status here at the university. However, I am entrusting this class with this very rough and somewhat angry piece. Later on, I may write an essay about this situation, but it would be more moderate than the raw emotion spewed in this draft. But, then again, this piece may go nowhere but here.

I just want to show you that all writers write pieces that may never see revision and publication.

Develop ONE short scene, complete with narrative, dialogue, description, and action. In this scene, reveal something vitally important about yourself or another person without revealing the information directly; in other words, "Show, don't tell." (You may revise a scene from one of your existing personal essays/memoirs/short stories based on real life).