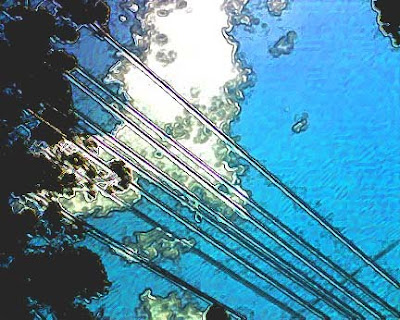 Question 1: What is the purpose of dialogue tags?

Answer: Dialogue tags should be used only for clarity, to denote who is speaking, nothing more and nothing less.

Dialogue tags should not call attention to themselves. In fact, if a writer can get away with not using dialogue tags at all, then he or she should do so. Think of a dialogue tag as a practical “tool,” not as a means of developing a character or moving plot along.

Question 2. What are the best verbs to use in a dialogue tag (Also known as “attribution”)?

Answer: The best verb to use in dialogue tags:

Of course, there will be exceptions to the use of these verbs, but, generally speaking, you'll never go wrong using one of these.

Also, instead of concentrating on developing good dialogue, some beginning writers get lazy and depend too heavily on adverbs to “save the day,” so to speak.

However, if the dialogue itself does not reveal something important about the character or promote the plot, no fancy adverb will be able to help.

Example of a bad dialogue tag:

The following is a rough draft excerpt of “When I Die”; the instructions for editing this passage are at the end. Later, I will post the revised version of the excerpt:

“When I die” Aunt Sal quips loudly “I want something important for my obituary.” She looks up, her eyes following the electrical lines which run directly over the swimming pool in her backyard. I used to dream about those wires crashing down while I swam laps and for a while I refused to swim in Sal’s pool. But, now, I figure that I’m more likely to pick up an exotic disease there than have an electrified wire snap apart and fry me to death. Sometimes, you just have to narrow your fears down to a few major ones. Otherwise, life gets too damned complicated. I’ve narrowed my fears down to the big three: flying, chiropractors, and Sheldon catching me with another man–innocent or not.“That’s why I decided to join the Board of Eminent Domain,” Sal added thoughtfully. That’ll look good in my obituary when the time comes.” “Well, what d’y’ll do on this board?” Ruby inquires, taking a drag on the ever-lit cigarette. Sal shrugs. “I don’t know, I was just appointed. My first meeting’s next week.” “They condemn your property,” I interject, “And then they snatch it from you for a song for government purposes.” “Over my dead body!” Sal screeches sassily. “Not on my board.” “That’s the general idea, your reason for being, Sally-baby” I jump in saucily. Ruby leans her head back and closes her eyes languidly. “Hardly seems fair government officials coming in willy-nilly and taking your land.” “Well, all I can say” Sal said. “I’m gonna be a watch dog. See that no one gets ripped off.” Sal added strongly. I jumped in, “Like the Winnehaha deal?” Sally quipped, “Well, at least they built something fun, not just another old road!” Ruby sits up, and asks, curiously. “What’s ‘Winnehaha’?” “Long story,” I answer, sighing. I add “Indian tribe claimed some land and a lake out by the airport.” I tell her about the casino and theme park. Ruby asks, “Oh. Isn’t that where we’re going for the reunion?” “That’s it,” Sal says, conspiratorially, rubbing her hands together. “Maybe we can get in a little slot action.” “I don’t gamble,” Ruby quips in a superior tone. “Might as well throw money into the gutter.” With complete and utter shock, Sal and I just look at each other. How can a person with Mallory blood not gamble? No way!

–Paragraph according to traditional dialogue conventions. (Use ¶ symbol for indicating a new paragraph)

–Cross off any unnecessary adverbs.

The "When I Die" excerpt and exercise are copyright 2009, by Jennifer Semple Siegel.

This excerpt may not be reposted or published without permission from the author.

However, educators are welcome to use the exercise in their classrooms for educational purposes.
*
Posted by Jennifer at 8:31 AM