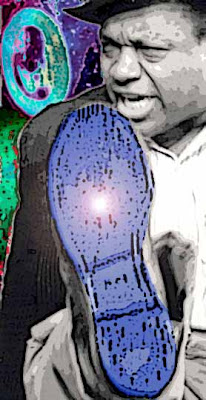 Boy Willie
Boy Willie, a rash and impulsive 30-year-old man, comes to Pittsburgh with a truck loaded with watermelons only with one goal – to sell them and to sell the family piano which has a great meaning for the all members of his family.

Boy Willie is the character who introduces the conflict in the play. His intention to sell the family piano brings him into a quarrel with his sister, Berniece, who is strongly opposed to selling the piano. However, his strong will and obstinate nature does not allow him to step back despite his sister’s disapproval, which leads him in fierce quarrels with Berniece every time they meet. Furthermore, taking into consideration his reluctance to listening Bernice’s arguments when they quarrel, his selfish and inflexible nature comes to light. Every time Bernice determinedly says she does not want him to sell the piano he does not even listen or ask her why she does not want the piano to be sold but goes on listing his own arguments and needs (he needs money to buy Sutter’s land on which his ancestors worked as slaves).

Willie is especially zealous about questions of race. He does not acknowledge any difference between himself and white men. His goal in life is to leave a mark of his existence in the ‘white’ society. He follows and acknowledges only the laws that he thinks are just, in the same way he obstinately pursues his intention to sell the piano because he thinks the selling of the piano will serve for a higher purpose.

Boy Willie is a practical man, with practical beliefs, believing that the past should be used for creating a new and better future. He believes that with buying Sutter’s land he will do better in his life than his father did. His buying the land is even more important because that is the land his ancestors worked on as slaves and now he will be the owner of that land, which would be a huge improvement.

Boy Willie is a man with strong beliefs and his own outlook of life. He is the embodiment of the rebellion against the stale conventions of a transient society where “the black” is still seen as obtrusive. Although many readers may take the side of Berniece who tries to preserve the historical legacy of the family (thus refusing to let go the past and face the future), Boy Willie is a man whose practical ambition will inevitably bring progress to all the members of the family, and even wider world: the whole African-American community. 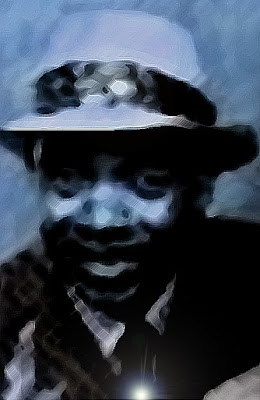 Wining Boy is fifty-six years old. Doaker’s older brother, he tries to present the image of a successful musician and gambler, but his music, his clothes, and even his manner of presentation are old. He is a man who looking back over his life continues to live it with an odd mixture of zest and sorrow (826).

Wining Boy, a tragicomic figure in the play, is just as Wilson delineated: an amalgamation of joyful appearance and latent sorrow. He is lonely (which is most obvious when he talks about his deceased wife Cleotha) and tries to fill the emptiness by gambling and drinking. His soft side comes to light when he talks about his dead wife, enabling us to see Wining Boy not only as a comic figure in the play, but as a man capable of feeling deep emotions.

He tries to leave an impression of successful musician, although his hoarse voice betrays his “success.” He being gifted as a musician, i.e. capable of playing the piano, emphasizes even more the strong connections the family has with the piano (also, Bernice knows how to play the piano and she teaches Maretha; thus Wilson depicts the complex connection of the family lineage with the piano, the whole being symbol of the family generations, Wining Boy representing the past, Berniece the present and Maretha the future).

In addition, he is very persuasive, persuading easily Doaker to give him $5 and persuading Lymon to buy “the magical suit”. He is so good at this that even the reader is puzzled whether he really believes in the things he says. Furthermore, he claims he had talked to the Ghosts of Yellow Dog, which creates even more to the confusion; also this faintly points out his mentally distorted perspective of perceiving things.

Wining Boy is not playing a major role in the play, he is a marginal character; however, Wilson brilliantly manages to depict him as an old shallow fool at first glance, but as the play goes on Wining Boy is more and more humanized and made a more complex character, which perfectly adds to the powerful theme of the play.